The Controversy We Didn’t Create: Palestine and ‘The Ithacan’ 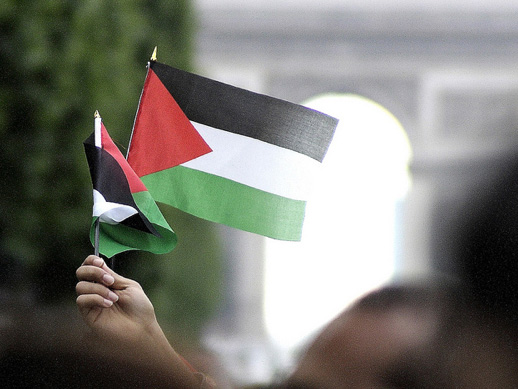 Unethical and irresponsible journalism has plagued discourse in the United States regarding the occupation of Palestine and the continued suffering of the Palestinian people. Pro-Israel narratives, pledging unconditional support for the country and trivializing the mass murder and oppression of the Palestinian people, has dominated corporate media. It is unfortunate, then, to find The Ithacan, the weekly student newspaper at Ithaca College, contributing to the same line of irresponsible journalism.

First, I would like to address why I have chosen Buzzsaw as a forum to articulate my frustrations with The Ithacan’s recent coverage of the not-yet-created Students for Justice in Palestine club (SJP), which I’ve helped to start up. The Ithacan has published two different pieces alluding to SJP on our campus, establishing a reputation for our group. I find this unfair and refuse to reward their dishonest coverage by responding in their newspaper, thereby accepting and affirming the controversy that they created.

The article entitled “Palestinian Group Zooms in on Conflict” established SJP as controversial, while the opinion piece titled “We are here, we are here” asserted that we are in the unpopular minority on campus. It is outrageous that our group, which had barely developed a constitution at the time the article was published, warranted such unfounded claims. As far as I am aware, there were no voices speaking out against our club to give merit to the assertion of controversy.

How did The Ithacan decide we were controversial? It looks like they sought out the specific people on campus they thought would be most opposed to our group. When I was approached for an interview for The Ithacan article that focuses centrally on SJP, the writer had already contacted the Student Alliance for Israel (SAFI) and the Jewish Chaplain on campus. They had preconceived ideas and established rivalries against us before even speaking to us. Representatives of SAFI and the Jewish Chaplain predicted in the public forum provided by The Ithacan article all of the negative expectations they had for our group, including that the dialogue we create would be unhealthy and our positions nonacademic, using groups they deemed comparable as the basis for their judgment.  At this point, our group hadn’t even developed our own expectations for ourselves. Though later in the article, it is recognized that the goals of the organization are “still up in the air,” The Ithacan allowed its assumptions, and the conclusions reached by other groups, to create an image of SJP. In that sense, The Ithacan created what SJP is; instead of reporting the news, they fabricated it based on rumors and remarks made by those presumed to be our “opposite.”

Such binary framing not only undermines the intentions of SJP but is illustrative of major flaws The Ithacan has made this semester – primarily, focusing on covering controversies, even if those controversies are developed rather than discovered. This is irresponsible journalism because it fails to ask questions and instead seeks specific answers. SJP president Ava Carmeli’s quotes illustrated that she was trying to combat the pro/con framing of the issue by explaining some specific goals of the club; however, her opinion was then framed within the article as “coming from a different side of the ideological border.” She was placed within the dichotomy that her quotes were attempting to resist and deny.

In the opinion article released a week after the first article, we were branded as the minority on campus. Such an assertion is unfounded. The occupation of Palestine is addressed on our campus so few times a year that the general sentiment on our campus is impossible to gauge.  The unfortunate reality regarding the oppression of the Palestinian people is that the majority of U.S. citizens, including those on this campus, are uneducated on the issue and do not have an opinion. The Ithacan would not likely have concluded that the majority of students on this campus support any other violent oppression simply because they weren’t aware of the issue or had not taken a stand against it, so why make those assumptions with regard to Palestine and the Israeli occupation?

SJP is not comparable to a club that fits on the small flower in Horton Hears a Who, as the IC Republicans club is depicted in the article. We represent the majority world opinion. In the Palestinian bid for statehood, an overwhelming majority of the countries of the world supported the creation of a Palestinian state and the end of the occupation. It is the government of the United States and Israel that are the minority. Because the media, such as The Ithacan, exaggerates the degree to which the condemnation of Israel is contested, SJP is presented as a minority needing to shout, “We’re here, we’re here,” despite having the majority of the world, the United Nations, and human rights activists’ support.

Our campus is supposedly liberal, as the article points out, and aligned with our liberal values comes a strong respect for human rights. Since Israel has violated more than 100 UN declarations, has been condemned repeatedly by the United Nations Human Rights Council, and has ignored the callings from the International Criminal Court during the sustained occupation of Palestine, I venture to believe that if the campus were educated on the issue most students would condemn Israeli military policies along with SJP.

I would like to commend The Ithacan staff for their inclusion of Palestine and SJP in their publication, but U.S.-based media and politicians already cloud the Palestinian liberation movement with controversy when it otherwise has international consensus. The Ithacan should not contribute to this irresponsible delusion and misrepresentation.

So what does Students for Justice in Palestine represent as a group? You will have to find out when we start up. But I urge the campus to base their judgments of the group off of our actions and not the presumptions of The Ithacan, Michael Faber, or representatives from SAFI.