Home IssuesCharity Raw from the Saw: Shameless
CharityMinistry of Cool

Raw from the Saw: Shameless 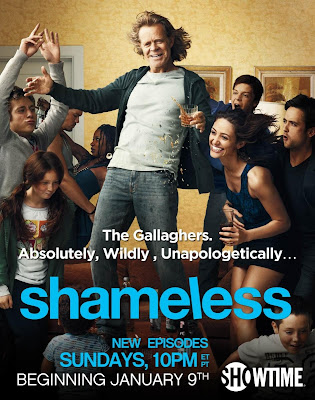 Poverty, alcoholism, and parental negligence; sounds more like the plot of a depressing lifetime movie than of Showtime’s latest breakout dramedy. On TV’s Shameless, the Gallagher family accepts these issues as simply the way things are. And they do so with good humor.

Based on the British series of the same name, Shameless tells the story of the Gallagher family, a struggling working class family living in an economically depressed neighborhood of Chicago. While the plot of Shameless shares some similarities to the British original, the American version tells its own original story. William H. Macy plays Frank Gallagher, the selfish, alcoholic patriarch of his family of six children. The children’s ages range from 2 to 21 with Fiona, Lip and Ian as the main breadwinners in the family while Frank pisses away his disability checks on booze.

The series takes place following the mother’s abandonment of the family, leaving Fiona (played by Emmy Rossum) to act as the mother figure to watch over younger siblings Liam, Carl and Debbie. All while trying to work several odd jobs and maintain a relationship with her mysterious new boyfriend, Steve.

The Gallaghers don’t expect any sympathy or handouts. They work for every penny they make, but they don’t always work within the confines of the law. Lip utilizes his knack for academia by making a profit off of taking the SATs for other kids. Even the soft-spoken Ian dupes a lost truck driver out of his cargo of meat. The Gallaghers may not be the most righteous people in the world, but in the words of Aladdin, “gotta eat to live, gotta steal to eat.”

The brilliance of Shameless can be broken down into two parts. First, the acting in this series is simply superb. William H. Macy shines as the leading man. Joan Cusack steals the show with her amusing disposition as Frank’s agoraphobic love interest, Sheila. A special shout out must go to the adorable Emma Kenney for her role as Debbie.

The second factor that makes the show so damned good is the writing. The dialogue is raunchy and hilariously honest, highlighting the boldness of these characters.

Where Shameless falls short of perfection is in its duration. Running at an hour per episode, the show has a tendency to drag on at times. The show could benefit by running at only 45 minutes an episode, like its British counterpart.

In the words of Frank Gallagher, “We may not have much, but all of us know the most important thing in this life… We know how to fucking party.” And just like a good party, Shameless brings the laughs and the drama.