No Room for Rainbow 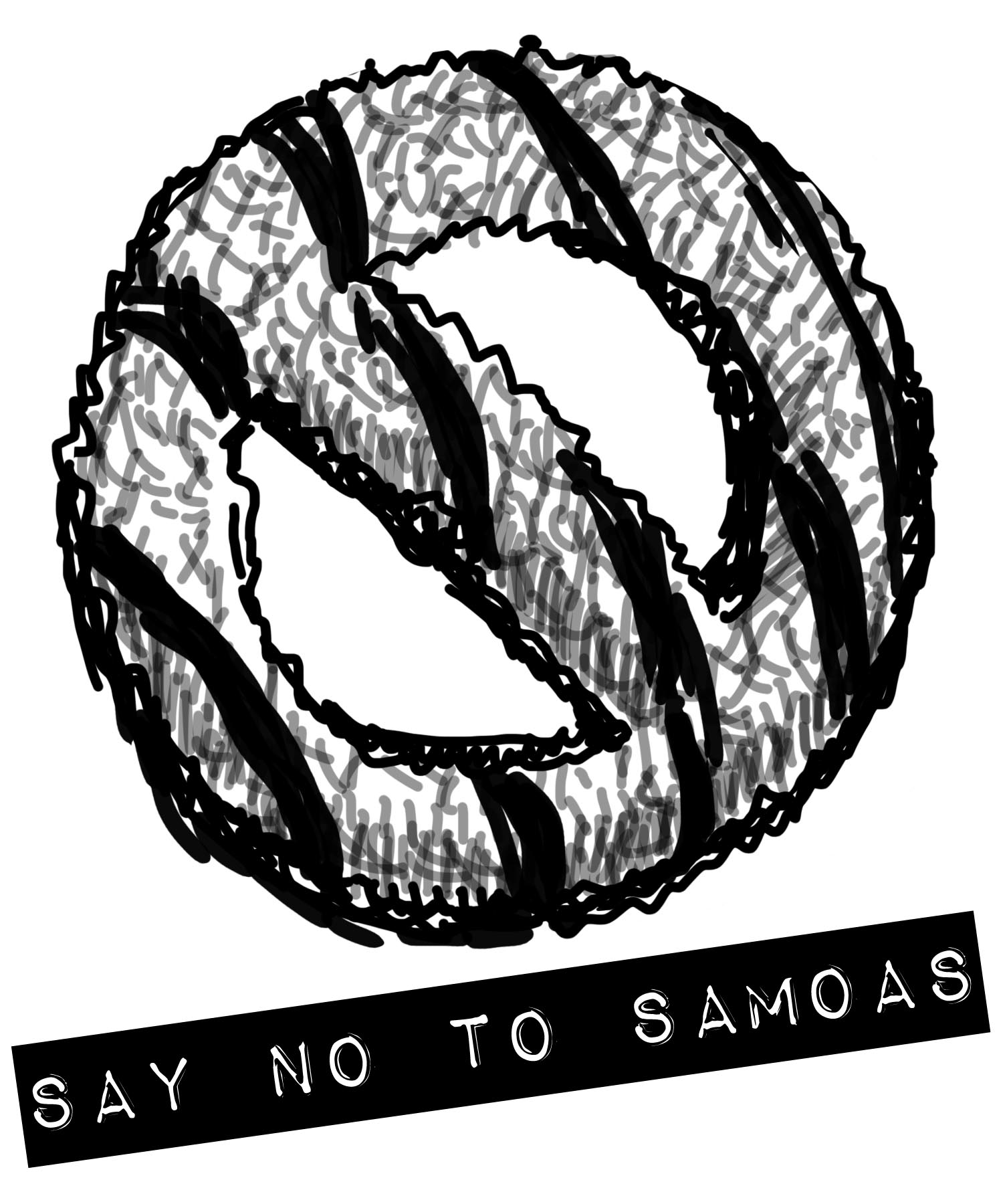 A chocolate and coconut covered revolution has started in New Hampshire by a Girl Scout hell-bent on ceasing cooking consumption nationwide. Sixteen-year-old Laura Green has launched a campaign against cookie sales in response to the Girl Scouts of the United States of America’s decision to admit a transgender scout.

When asked about her motivations Green stated: “I have begun this boycott to give America a final ultimatum: kick out all transgendered scouts, or forfeit Girl Scout cookies. It’s time to cut out the charity, and restore American hetero-normative clarity!”

Across the nation, troops disbanded to protest the GSUSA’s acceptance of 10-year-old Russell Johnson, who has identified himself as a girl since age four. When Americans realized that their yearly cookie orders were in peril, millions of overweight, Do-si-do enthusiasts panicked. Now faced with a scarcity of Samosas and Tagalongs, citizens are suffering mentally and emotionally from decreased glucose levels. Although there have been no casualties yet, it is evident that the death toll will rise if this cookie-shortage continues. Green’s ultimatum has the GSUSA in the midst of a moral conflict; either reject the transgender community, or give up an annual indulgence.

Any hopes at resolving this cookie controversy seem to be crumbling. It is now apparent that many who were indifferent to the transgender community before are speaking out in favor of gender-discrimination. Their goal: to reacquire their God-given right of gluttony, as promised by their forefathers.

Three hundred pound Sydney Hawkins of New Jersey stated during a protest, “The transgender community has many allies and can survive without superfluous camping knowledge. We, obese Americans, lack adequate political representation and now cookies.”

Hawkins, along with dozens of other protesters, have picketed outside NJ Governor Chris Christie’s office for several days. Although Christie’s obesity clearly indicates he’s an advocate of cookie availability, he has yet to call for legislation that would require Girl Scouts to continue sales.

Certain Boy Scout Troops have aligned themselves with Russell Johnson in order to undermine cookie sales. One scout stated: “Americans don’t like buying pre-popped popcorn. It’s stale, get’s stuck in your teeth and is extremely expensive. With those cookie hustling whores out of the picture, buyers are reconsidering our salty snacks. It’s in our fiscal interest to support Russell.”

National news organizations are even calling on the presidential candidates to clarify their views on the matter during debates. They ask, “How are decreased cookie sales effecting scout employment?” and “If elected, will you sign an executive order to create a transgender-themed cookie?” In response to these inquiries, one republican candidate has promised to relocate all cookie production to the moon by 2020.

Like America’s treasured cookies, the end of this debate is nowhere in sight. Other scouts state Green will continue to wage war at least until her all-girl team can win the annual softball game, or she learns how to attract as many boys as Johnson. For now, knock-off cookies available on Craig’s List are Americans’ only means of satisfying a voracious hunger for specialty snacks. “Slim Mints,” “Treefools,” and “Do-si-don’ts” will have to do for now.

Ken Robertson is a freshman film, photography and visual arts major who’s recently purchased a box of “Sammy Sosa’s”. Email him at krobert5@ithaca.edu