My Winter Break with Habitat for Humanity 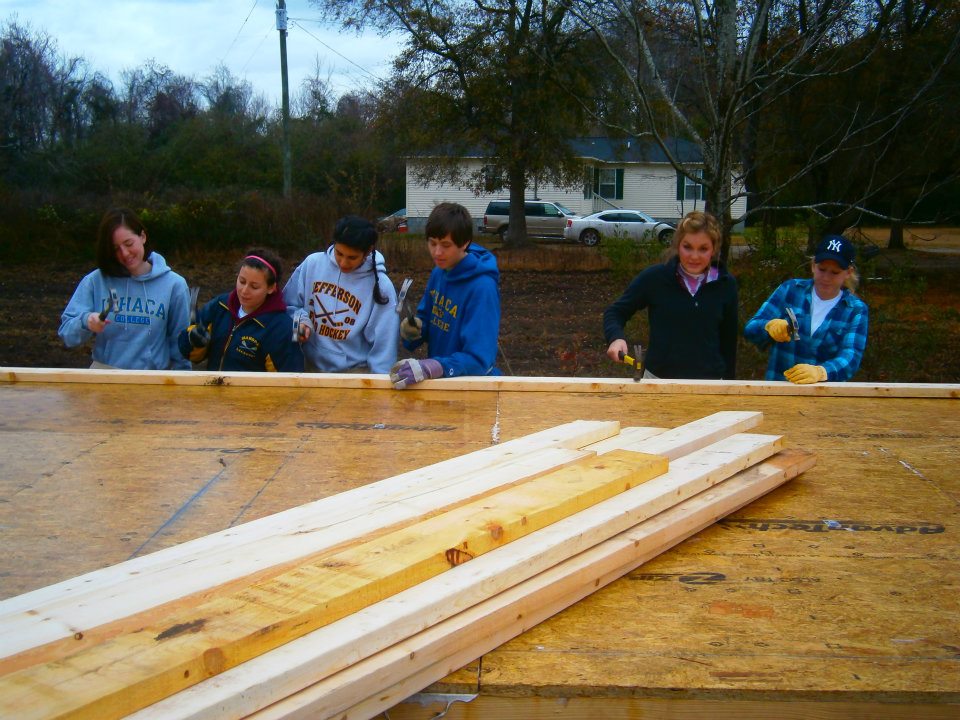 Through the course of three days of driving and four days of building, you learn to appreciate how much work actually goes into building a house. The first step to building a house that will last is a solid foundation and floor. If the foundation and floor are off by the any means, the whole unit will collapse. If everything is laid out correctly then the rest will fall into place.

That same philosophy applied to our trip. The week began with a special MLK day build celebration. Each of the houses within the neighborhood we were working on had their own story and one house was dedicated to Martin Luther King, Jr. and his influential legacy.
Dr. King was successful during his time due to the concrete foundation of his morals. His speeches – his “floor plan,” so to speak – advocated for non-violence, service, and understanding instead of vengeance and power. His insight and peaceful nature gathered thousands of supporters because he provided stability for the rest of the country in a time of change.

A solid foundation again can be seen in the Sea Island Habitat for Humanity Affiliate. Sea Island is one of the oldest affiliates within the Habitat organization. Between 1978 and 2010 the Sea Island Affiliate alone has constructed a total of 275 homes. 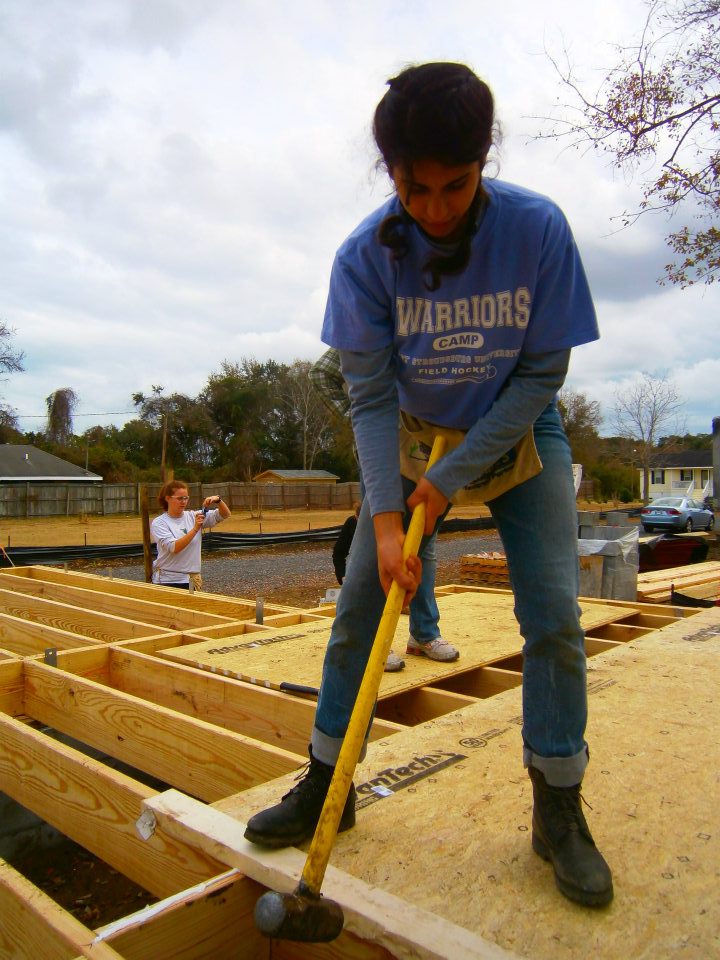 Over the years, the Sea Island Habitat for Humanity chapter has grown, creating entire neighborhoods of habitat homes.

The main reason why our group was able to accomplish so much was because we too had a solid foundation in our group. Without the leadership of Marissa Darling, Meredith Stager and the veteran seniors, our group would not have been able to complete even a fourth of what was actually done.

Splitting our time between four different builds, we were able to install walls on one house, complete a floor on another, nail framework and roofing on a third house and help with the finishing touches on a fourth house.

Actually building a home is different than seeing a home being built on Extreme Makeover: Home Edition, or some other HGTV show. The feeling of accomplishment you gain from contributing to a home build is unforgettable.

Leaving Sea Island was hard for two reasons: 1) we could not see the completion of the MLK house and 2) we were leaving behind a group of people that became a family through car rides, site-seeing and building.