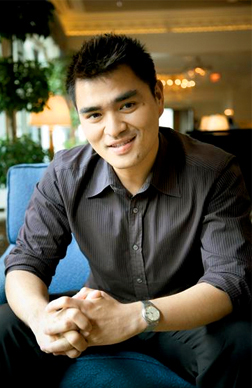 Tucked away off the winding roads of central New York sits a dairy farm, the home and workplace of many undocumented immigrants. One worker from Guatemala, who preferred to remain anonymous, has been in the United States for ten years.

“This is the country of opportunities, and the whole world says it. So we are here to work, we need money but we need to work in order to be here,” the Guatemalan worker said.

The farmers work six days a week, 11 hours a day, and make about $7 per hour, more than they earn during a full day of work in Guatemala. The struggle for agricultural workers in Mexico and the countries of Central America comes from years of ambivalent worker programs, as well as the North American Free Trade Agreement (NAFTA) the and Dominican Republic—Central America Free Trade Agreement (DR-CAFTA) treaties with the United States.

“What do U.S. foreign policy and trade agreements have to do with migration patterns? Why do people in Ecuador and Mexico and Guatemala and the Philippines find the need to move here? Why have there middle class gotten so decimated? Who owns corporations in the Philippines? Americans. We haven’t even connected the dots there.”

According to the Pew Research Center and the Immigration Policy Center, New York state had 625,000 undocumented immigrants as of 2010, who contributed more than $600 million in property, personal and sales taxes.

“We, the immigrants, came here to work,” the Guatemalan workers said. “We know that we are violating the law, but we came here to work. Perhaps some individuals are what they are, bad people who steal or kill, but not all immigrants should be judged the same.”

Antonio Vargas emphasized the importance of telling the many different stories of undocumented imigrants in the country.

“Let’s not pretend that no one reaps some sort of benefit from us being here,” Antonio Vargas said. “From picking your tomatoes and picking your lettuce, to babysitting your kids, to mowing your lawns, to going to college, to being a journalist, to being a lawyer.”

Antonio Vargas published an article last June in the New York Times revealing his status and detailing his life growing up as an undocumented immigrant.

“I have been running for my life,” he said. “I feel ike I did risk a lot, but I also feel like I freed myself. I feel as if I’m just fighting but at the same time fighting at peace.”

He started a website, DefineAmerican.com, and is going around the country finding stories of undocumented immigrants as well as the people who help them.

The DREAM Act, a piece of bipartisan legislation that has been widely discussed, would create a conditional path of citizenship for youth who complete a college education or two years of military service.

Although Antonio Vargas supports the DREAM Act, he acknowledges that it only applies to a small percentage of undocumented immigrants. For others who don’t qualify for the DREAM Act, it’s difficult to find a path to legal citizenship.

As for the dairy farmers in central New York, getting a long-term work visa has proven difficult and nearly impossible.

“We need the government to help us to be legal individuals, but now it is not possible,” the Guatemalan worker said.

Antonio Vargas is generating conversation not only about the problem of undocumented immigration, but more importantly, about the solution.

Cross-posted from Ithaca Now on WICB.