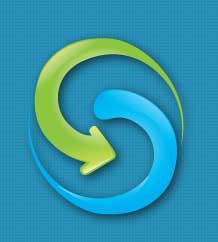 Now more than ever, young people are devising grand new ideas and using the technology they’ve grown up with to make it happen. Writer Megan Devlin spoke with Alex Colket, the 33-year-old founder of Swidjit.com, a new website that uses social networking to encourage a shift towards a localized economy by improving people’s access to the economic and social opportunities within Ithaca. Alex will be on campus on Thursday, Dec. 8 for the Ithaca College Environmental Society’s Take It Or Leave It Gift Swap.

How did you begin working as a social entrepreneur?

I actually started another business right out of college called “The Show,” which I worked on for about nine months to a year until my partner ended up getting pregnant and that sort of derailed that. But that was my first foray into entrepreneurship and I think that set the stage for further things down the road and laid a foundation for that spirit and the excitement of doing your own thing and following something you’re passionate about.

That led to Playwithyourmind, which is a website for brain fitness. It tries to keep your mind sharp through brain games and cognitive tasks that are fun and also challenging and hopefully encouraging you to use your mind in ways you don’t in normal, everyday life… I worked on that for three or four years, and from that I got a lot of experience in terms of the ups and downs of business, and the frustrations and opportunities. That was another introduction and continuation of my training to become an entrepreneur.

The reason I spent some time talking about those early adventures is because I think if I hadn’t had that background, I think this would be a lot harder. And that’s why I would encourage anyone who does have particular skills or passions or talents to go for it and to just take the plunge. Even if it doesn’t work out, it’s a really valuable learning experience and it gets your feet wet if that’s the path you want to take.

That all led into Swidjit, which is what I’m doing now.

Swidjit is basically my attempt to facilitate the future economy. I think there’s going to be a convergence of these different movements that are happening — localization and peer-to-peer commerce and the whole idea of social networks. And those things are going to come together to usher in a new economy within the coming years.

I am trying to get that established here in Ithaca and encourage an economy that’s based on peer-to-peer commerce and micro-enterprise and swapping and sharing, and generally supporting the people around us in the community, rather than being at the mercy of the global enterprise that is currently dominating our economy and our lives. Swidjit is an effort to provide an alternative, a positive alternative, and allow people to build their communities and learn to work with each other that way.

Can you speak to Swidjit’s campaign to encourage people to swap, instead of buy, this holiday season?

I’ve been working with some of my Ithaca College marketing intern students, and we decided we wanted to launch a campaign this season to remind people that swapping is a really great way to come about new things, and that it’s a very viable alternative to going out and shopping. It’s obviously cheaper and more economically friendly, and it can be kind of fun. We just want to encourage everyone that it’s an option and if you just make a little effort, it’s a slightly different way of engaging with the season or with shopping. And maybe you get a little more patience and more creative. But in the end it can be extremely rewarding, so we just want to encourage everyone to make an effort to try that this year, and if they’re not used to swapping, to give it a shot and see what they can get. Maybe they can get some really meaningful gifts for their friends and families by leveraging some good or skills they have that they’re already in possession of, rather than go out and buy something new.

There is a swap meet happening at Ithaca College on the either, which is right in the spirit of this and will provide a really good opportunity for anyone who is interested in swapping to see what it’s all about and meet other people that are interested and see what sort of things are being offered and how many things you really can get through that system.

What does Ithaca College students putting together a swap align with Swidjit’s campaign and indicate about our future economy?

The fact that there are students organizing this, and that they did it last year and was a success, is a testament to the growing awareness of this means of commerce and economy, and also the growing interest in it as well. It’s a signal that something people are needing and realizing the value of, and also that they are realizing it can be cool and fun, too. The fact that student organizations are independently putting those things on — and it’s not just Ithaca College either, there’s places like Cornell and universities all over the country as well — raising awareness of all the resource around you. And if we shared them and swapped them, they go a lot longer and we get a lot more food our dollars and we build community in the process.

I fully support these sorts of things, and I’m really pleased to see that it’s not just an isolated thing, but that they’ve partnered with a local sharing and swapping organization called Share Tompkins to help promote their event. It’s a good model for not only encouraging swapping, but encouraging interactions between the schools and the greater Ithaca community, and realizing that we’re all in this together and we can certainly help support each other.

Have you personally made any swaps using Swidjit?

Something like this swap event at Ithaca College is largely focused around material goods, but there’s not reason why it needs to be limited to that. In fact, there are all sorts of things. Every individuals has a variety of skills they can offer to other people, and being able to put those out there and say, “Yes. I can provide these lessons,” or “Yes. I can provide this material support,” somehow is a really great way to leverage the abilities you already have to help support yourself and find other people that match your service as well and can provide you with something in return for that.

For college students, who are often short on money, but have a lot other things to offer, is a powerful way to meet your needs and to find other people around that you can work with.

In my case, just to illustrate an example of that, I have Kitchen Aid stand mixer that I put up on Swidjit. I was patient, I wasn’t in a rush, and it wasn’t something I needed to get rid of. Eventually, something came along and it seemed like a really great deal for me. I’m effectively going to trade the user access of this mixer to somebody who will be providing, in return, lessons on cooking Indian food from an actual Indian chef. I think that’s a really great example of the cool arrangement you can work out if you’re a little more creative and you’re not tied into the value of things strictly based on money and only buying and selling, but also getting creative with the way you share and connect with other people.