Putting a Face to the Student Debt Crisis 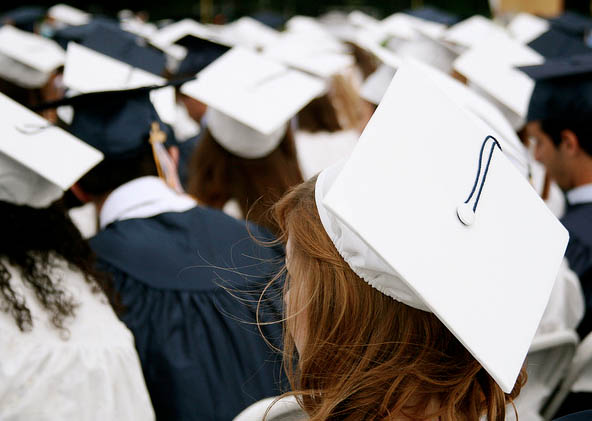 Last week, I heard stories about the challenges of acquiring student loans, the myths of the glamour of private education, and the crushing realities of an overpriced educational system.

The average American college student graduates with $24,000 in debt — and that’s before interest starts accumulating six months after graduation.

And yet, despite these staggeringly high numbers, we rarely talk about the student debt crisis in the United States. If we talk about it at all, we discuss it as a large, overarching problem or a faceless statistic, one that encourages us to lose perspective.

But last week, at “Occupy the Mic,” an event held at Ithaca College, sponsored by the Labor Initiative in Promoting Solidarity, students spoke out about their financial struggles and burdens. They shared their personal stories and demonstrated their political significance. They provided their faces as canvasses for the scary, impossibly high numbers associated with student debt.

Last night I better understood so many facets of student debt and the misleading evils of student loans. I saw how the American work ethic and American Dream are partners in a one-two punch of contradicting messages: You must work hard to be successful, and being successful means going to college. It will be expensive, but you can do it! You can overcome anything! Student debt is good debt! I saw how students made decisions about higher education based on pressure from their guidance counselors, from the private college industry, from their peers, to amass tons of debt in order to afford a school “worthy of their caliber.” I saw students whose debt has severely damaged their relationships with their family members. And I saw students who discussed their debt as monster, one that they may not be able to successfully fend off.

Student loan debt affects an incredibly wide range of students. All kinds of people — white, black, Latina; gay, straight, bisexual, transgender; middle-class, poor; male and female — must graduate from college bearing the weight of thousands of dollars and dozens of empty promises that they will be OK and that their financial problems will sort themselves out.

That’s a broken system. The first way to correct it is to become aware of it. To speak out about your personal problems, to make them political. To share your story.