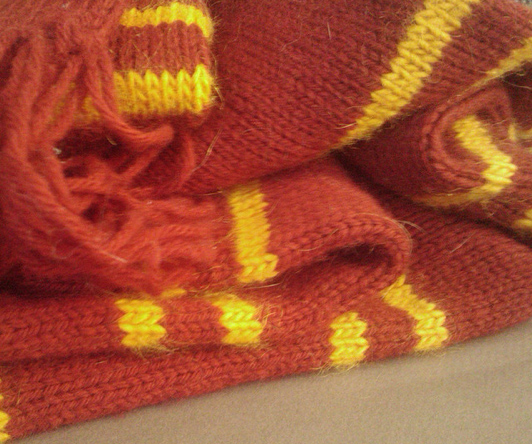 However, the uprising of blogs has not been lost on international countries. In fact, they’ve approached it with a ferocity not frequently seen in the U.S. Though the number of bloggers in other countries is fewer than America, the content they put out is just as strong if not stronger. Quality over quantity.

In America, we are handed things daily. We have so many things to do that sometimes we forget the fundamental point of democracy is to question our leaders. Where did this timidity come from, when other countries are growing in the opposite direction? The problem is that as international bloggers post stories that question their countries’ leaders, they are banned. Internet connection becomes illegal and their blogs are hacked. Bloggers are then forced to change their domain name frequently and go by fake names.

Potter Watch is a radio station fictionalized by J.K. Rowling in the Harry Potter series. It appears in the seventh book when Voldemort and his cohorts have taken over the state, which includes its media. All media is now a tool used to propagate Voldemort’s lies. Potter Watch is an independent media formed to counteract the now-under-control of Voldemort media stations Wizarding Wireless Network and The Daily Prophet. Viewers have to say a password and tap their wands on the radio to hear the week’s broadcast. New passwords are announced at the end of each segment. The broadcasts dispel rumors spread by the ministry and create a bond and boosted morale within the anti-Voldemort community. For an in-depth look at Potter Watch, read this.

Although Harry Potter is a fictional and perhaps dorky way to make a connection to international media, the Potter Watch comparison does hold truth. In Iran and Egypt, in light of recent uproar against the government, bloggers have had to frequently change their web addresses and use proxy sites to get around government restrictions (just as Potter Watch had to change its password with each broadcast). These bloggers are citizen journalists who have not been traditionally trained in media but felt a need to provide a voice that was missing from mainstream and usually government-controlled media (like Lee Jordan, a young friend of Harry Potter who started Potter Watch). The government has control over the media in Egypt, Iran, China and others and can prevent or remove the publishing of anything that goes against what the regime is broadcasting (like Voldemort taking control over the “mainstream” media). They could also gain access to blogger’s websties and spam them, rendering the site unusable (like opposers to Potter Watch hacking into the program).

Voldemort is the representation of a complete evil, one that wants to control an entire population. I think it would be stretching it to liken the leaders of totalitarian countries to Voldemort – but maybe I could. Hopefully they won’t find this blog post, or else I might have to use my wand to change the password … I mean my domain name.