Moonies gets a new regular 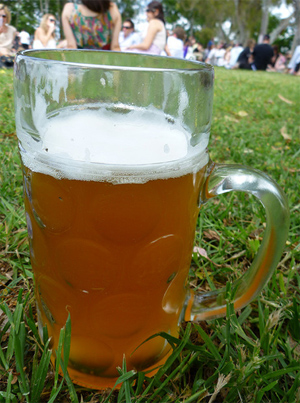 The Tuesday night crowd at Moonies was an eclectic bunch. Aside from the usual townies and random Ithaca student celebrating their 21st, the bar welcomed newcomer Harry Flaherty, whose sex life with his wife expired exactly six years ago that evening.

“I should have never gone to that conference in Missouri,” Flaherty drawled to the bartender after his 4th coke and rum. “I could have stopped her from buying that damned nightgown.”

The dreaded “nightgown” is code for Mrs. Flaherty’s uniform pajamas; an off-white, one-size-fits-all shirt with an ominous brown stain located above the breast – a clear indicator she no longer gave a shit about her appearance. A saleswoman at Sears reported trying to talk the wife out of purchasing the gown, which was shoved in the back of the clearance rack, but Mrs. Flaherty was set on her decision. “It was obvious she knew what she was doing, she even signed up for our catalog. That’s not a woman you’ll find taking a romp in the hay any time soon.”

Mr. Flaherty claimed he had tried to rekindle the dried out fire in his marriage for years, but every time he was left with nothing but a trite excuse and devastating blow to his manhood. “First it was a yeast infection, then she had beans for dinner, I’ve haven’t been rejected this much since the feminist movement.” At the painful memory, Flaherty switched to something stronger: straight whiskey. “I mean, I’ve seen this woman give birth for Christ sakes, I don’t have very high standards.”

Regardless of his attempts, Mrs. Flaherty is adamant on keeping the sex-less streak alive. Her latest ploy involves going to the bathroom with the door open; a tactic that will prevent even a man as deprived as Harry from fooling around.

“At some point it becomes a matter of pride.”

We’ll see if he has the opinion when he hits the 10-year mark. In the meantime, Flaherty seemed to enjoy his time at the local bar or at least indulged enough to forget his current situation. The night ended with Flaherty giving love advice to the transsexual couple next to him and the Ithaca student puking in the Commons. Overall, one of our quieter evenings.

SAWDUST LIFESTYLES: Within the Mind of a Suave...