Disaster in the Classroom 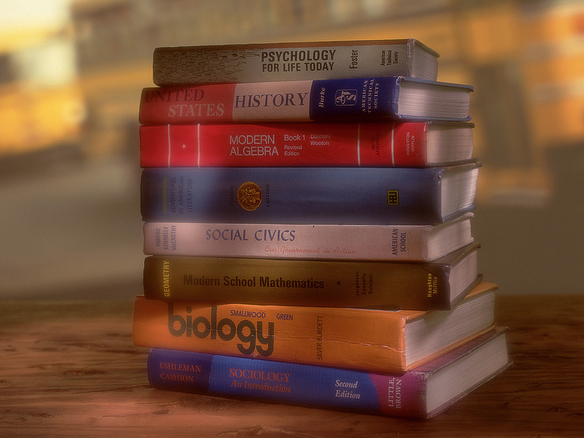 “It is no easy subject to approach, especially when teaching teenagers, but 9/11 is something that must be included in any curriculum,” said Cyndy Scheibe, founder and director of the media literacy initiative, Project Look Sharp.

After 9/11, several education associations published reports and models for teachers to use when teaching the subject. Yet, depending on political affiliation, different groups foster different views on the U.S.’s role in global affairs.

Some, like the Thomas B. Fordham Institute, a  conservative education policy think-tank, propose to maintain the U.S.’s pristine image and infuse an “unquestionable civic and patriotic theme.” In the latest compilation, published to commemorate the tenth anniversary of the attacks, the president of Fordham Institute, Chester E. Finn Jr., explained how these publications aim to prepare teachers for teaching about 9/11, in a way which he sees appropriate.

“We sensed a fundamental, indeed, urgent need for useful guidance but also because we detected much nonsense spewing forth,” Finn said. “Is ‘diversity’ all that needs to be taught and learned? — nothing there about democratic values and their protection. Certainly nothing about patriotism.”

He and another writer for Fordham, William J. Bennett, former U.S. Secretary of Education, claim that the meaning of “democracy” ought to be taught in classroom.

“For too long, so-called sophisticates have said that right and wrong are matters of opinions,” Bennett said. “On September 11thwe saw the face and felt the hand of evil.”

There is no room for dissent in their pedagogy, which advocates, “A careful, complete, reading of our nation’s history [that shows] … on the whole, America’s record is one of promising peace and justice at home and abroad.”

A more liberal journal, Rethinking Schools, approaches the matter in a more critical way. In one essay, “Whose ‘Terrorism’?,” the author, Bill Bigelow, describes how he asked students to write down their personal definitions of terrorism while keeping these questions in mind: “Does terrorism need to involve the killing of many people or can it affect just one person? … Can governments commit acts of terrorism, or is it a term reserved only for people who operate outside of government?”

This critical approach can also be found in curricula published by Project Look Sharp, an Ithaca College initiative to introduce media literacy and critical thinking in classrooms. The curriculum delves into teaching about 9/11 and the subsequent wars by using media coverage of the events.

“An event like 9/11 has the power, the history, the cultural importance, to provide an important opportunity to challenge young people to think rigorously and deeply about different perspectives,” said Chris Sperry, Project Look Sharp’s director of curriculum and staff development.

One of these curricula, edited by Sperry titled, “Media Construction of the Middle East,” provides a framework for teaching the history of the Middle East. One unit focuses on militant Islam and the United States. The last lesson of the unit includes an interview with Osama bin Laden and President George Bush’s speech to Congress on Sept. 21. Students read the speeches and analyze them for reasons as to why the United States was attacked.

“Students don’t want to be told what to think but [they] need guidance,” Sperry said.

And that is what those classes strive to do. Rather than indoctrinating students with an absolute view of the world and their country, students use their own opinions to analyze a more complete, factual representation.

Dan O’Kane, a high school social studies teacher in New Jersey, said that teachers at his school have only recently started to delve in-depth up to the period of the 2000 presidential elections.

“It’s kind of up to the teacher if something can relate to what’s going on since 9/11,” O’Kane said. “So if I’m talking about Pearl Harbor and the U.S.’s involvement in a world war, I’m going to relate something to the war on terror. Not 9/11, the actual event, but the impact it had on the world around.”

O’Kane said teachers approach the topic “when [they] see it appropriate” and in relation to what they are teaching. But he also emphasizes that for teachers, it “puts more of a duty…more of a task on the history teacher when they relate an event … to 9/11, to take a little time out of their class time…and go through some general points about 9/11.”

In order to continue educating future generations about 9/11, curricula must be consistently analyzed by teachers.

O’Kane said, “The job of a history teacher is to make more students much more aware of the events around them.”

Rodrigo Ugarte is a junior writing major who wishes he could go back to high school. Email him at rugarte1[at]ithaca.edu.