For some families, Sunday mornings are a sacred, time-honored tradition: you wake up, you get dressed up really nice in your – duh – Sunday best, you go to church, and then you eat a big breakfast as a family.

Things are a little different with my family. On Sunday morning, from 10am until about 1:00, the house reverberates with the yells of my Dad trying to communicate with my brother about which players to bench, which players should have good days and which teams are bound to suck. 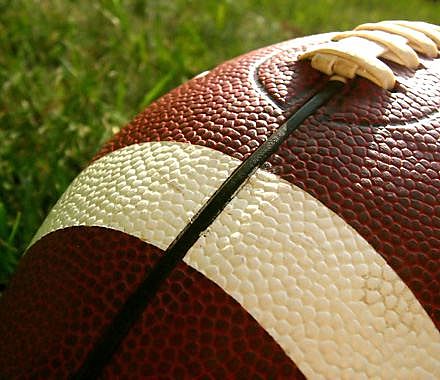 Are You Ready for Some Fantasy?

Yeah…my brother and father are loud-and-proud members of the continuously growing, massively popular cult of Fantasy Sports, and right about now they’re in the thick of their Fantasy Football seasons. Basically, the premise is that anyone who plays becomes an “owner” of a football team, assembling rosters of players at annual “drafts” and then deciding each week which athletes to play as active. If their athletes perform well on the field – determined by a point system that awards touchdowns, tackles and more – the owner gets points, and eventually, each “league” (a group of owners, generally friends or co-workers or family members who play head-to-head with different match-ups each week) results in a winner, who gets the money that everyone pays as their “admission” fee.

But Fantasy Football isn’t an online game for the casual player, like BubbleShooter or Farmville (okay, that one’s debatable). No, Fantasy Football is an all-consuming alternative lifestyle for the owners, and I’ve experienced this obsession first-hand. My brother and dad (both are named Tom, which makes first-name attribution nearly impossible) are each involved with six Fantasy Football leagues, a bit above the norm. Most people play in two or three leagues, although my dad says that he’s known more than a few people who’ve been simultaneously invested in more than a dozen at a time.

The leagues require constant diligence. Athletes are always getting injured, budding talent can suddenly become rising stars, and your picks and trades need to reflect those real-world changes in your imaginary-world lineups. My dad gets magazines to inform his choices, sets Fantasy Web sites like Rotoworld or CBS Sports as his homepage and often steers conversations with casual sports fans away from topics like family or politics or other thought-provoking issues to discuss the latest goings-on in the Fantasy league. It’s become one of his quirks that I’ve grown to love, even as someone who agrees with the virtues of sports entertainment about as much as a Taco Bell Chulupa agrees with someone with a weak stomach.

Fantasy league owners devote hours to their teams each weekend, doing cutthroat research on one of the hundreds of Web sites featuring Fantasy. Each Sunday becomes a high holiday; sports fans are emotional enough about the results of a game, but by the way that Fantasy sports fans react to how their athletes perform, you would think that they literally own a real, multimillion-dollar NFL team.

The highest of the high holidays for these sports nuts are the drafts, which occur before the season starts so that everyone can gather, hang out and then embark on a series of intense rounds of deliberations and choosing which players they want on their teams. There’s an odd feeling in the room that the men (for the most part) both enjoy each other’s company as friends but also will kill their buddy mercilessly to get the best athlete for their lineup.

My brother laughs, “Draft nights are like man dreams. You drink beer and eat wings and talk sports. You decide who you want on your team, and a woman can’t tell you yes or no. It’s the ultimate man’s dream.” At his core, he knows how ridiculous he sounds. He explains, “It’s ten grown men in a room, just giggling like kids in a candy store because we’re talking football. These are professionals…just giggling.”

My dad’s been playing Fantasy Sports for 25 years, and even now, he gets involved with every season: football, baseball, hockey and basketball. When my brother was in high school, my dad got him involved, too. I was immune; years of musical theater and chorus had made me impervious to the siren-like allure of Fantasy.

For my father, Fantasy Sports constitutes his social life; he’s happiest when he’s talking to his friends about it, interacting with other players and scrambling for a fast Internet connection to make last-minute, pre-deadline changes to his lineup. He even talks about it with a glint of glee in his eyes, saying, “Watching your games and seeing your players do good and your opponents’ players do bad is a rollercoaster for six hours…that anticipation of getting confirmation of lineups and injury updates is just totally exciting.”

Fantasy Football has been around since 1962, and each year, it woos more crazed sports fans to become even more engrossed in their teams, their athletes and every detail of the game. Sports stations and services estimate that anywhere between 15 and 25 million people participate in Fantasy Sports each year. If they’re anything like my brother, dad and their friends, a very high percentage of them will ultimately become obsessed with the phenomenon. My dad likely speaks for most of these Fantasy fanatics when he says, without a hint of apology, “It takes over Sunday…but that’s what I enjoy.”

Won’t You Be My Neighbor?

Area Man Still Believes He Is Living in...

The Invention of Lying

The Art of Fandom: Fanboys and Girls Show...