WHAT’S HAPPENING: Greek Brothers- Like Zeus and Hades, but Friendlier.

But one thing we didn’t talk about is how campus groups, societies and clubs are often the closest thing a college student has to a second family. From swim teams to scholarship programs to performance troupes, these groups of students eat together, live together and spend enough time together to drive each other insane. 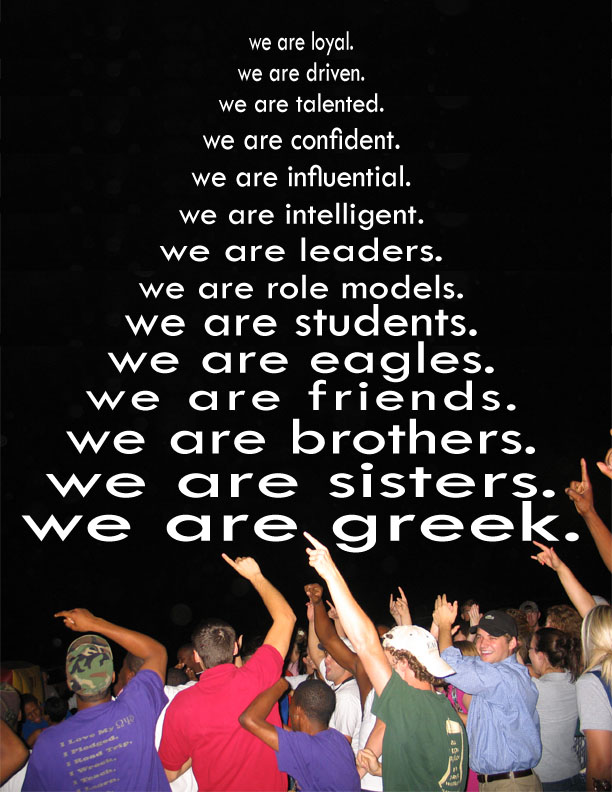 The most obvious example of this is the Greek system, and although Ithaca College isn’t exactly privy to this beer-soaked tradition of comradeship, our sort-of neighbors across the way at Cornell University have enough fraternities and sororities for both campuses.

A senior at Cornell spoke with me about his own experience in a fraternity (although he wouldn’t give me permission to identify the frat or his name – so it goes with the surreptitious micro-societies of drunk nineteen- and twenty-year-olds, I suppose). At first examination, frats and sororities probably don’t seem like they’d conform more to this idea of family than any other club; after all, most frat brothers live together in the fraternity house for two or three years, learning personal history about each other that any social roommates would also quickly absorb. So, yes, eating, living and hanging out with each other on a daily basis would surely result in quick-forming ties.

But what isn’t instantly visible are the other ways that the brothers forge long-lasting relationships. My Cornell frat boy cites the pledging process as an often-overlooked element, saying, “It’s a bonding process, knowing that every brother has gone through the same pledging.” He elaborates on the more cloak-and-dagger, faux-mysterious elements to Greek life, explaining, “There is a ritualistic bonding element found in the fraternity’s nationwide initiation and chapter rituals…it varies from brother to brother how much he ‘buys into’ the ritual, though in my personal experience, I think it’s bullshit. Giving another brother a secret handshake and saying a secret Latin phrase seems childish to me, and most of the fraternity members I know agree.”

Despite this, he says, these rituals are passed down from (soul to soul), brother to brother, and no matter how ridiculous they may seem or how far back into their heads the frat members roll their eyes, the fact is that these elements of Greek life are tradition. Breaking that tradition is akin to bringing a flaming bag of shit to the institution’s family tree.

This all must make for a nice support system for the frat brothers…a pseudo family in their home away from home for them to rely on. Though if you ask me, a 22-year-old’s way too young to be having great-great-great-great-grand little’s to worry about.

Adam Polaski is a sophomore journalism major who co-edits the Upfront section. Email him at apolask1@ithaca.edu and check out his personal blog here.
0
Facebook Twitter Google + Pinterest