Home ArchiveFamily IC and the State of the Unions
FamilyNews & Views

IC and the State of the Unions

In the middle of the most labor union-dense state in the country, in a politically liberal city, Ithaca College might not be as pro-labor as one would think. Many faculty and community members believe the school’s administration actively discourages membership in unions.

In fact, the college was given the “Goat of Labor” award at this year’s Labor Day picnic organized by the Tompkins County Workers’ Center and the Midstate Central Labor Council. The main criticism of IC was that it is using non-union, non-local construction workers on the $65.5 million athletics and events center.
Peter Meyers, coordinator of the Tompkins County Workers’ Center, said it is important for employers to stimulate the local economy by hiring people living in Ithaca. He also said that employers, such as IC, should support unionized workers to ensure fair business practices. 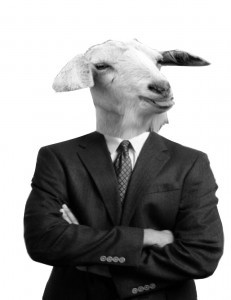 However, Carl Sgrecci, IC’s vice president of finance and administration, said that the college has an obligation to use donors’ funds as efficiently as possible, which does not always mean employing unionized workers. Pike Construction, based in Rochester, NY, was chosen after a competitive bidding process involving five general contracting firms. Pike also chose subcontractors based on a bidding process.

The several layers of competitive bidding mean that some union and local workers were hired since their firms offered the best prices. While IC has been criticized for not exclusively hiring union workers, Sgrecci said 46 percent of the people working on the project belong to unions and 70 percent live within an hour of Ithaca.

Despite these figures, several IC faculty members said they believe the picnic organizers were justified in deeming IC the “Goat of Labor” for its general hiring practices and hostility toward unions in other instances.

“IC deserves the award not just for the reasons related to the construction of the athletics and events center, but for its long history of being hostile to labor and labor rights,” said Don Beachler, associate professor of politics at IC.

Beachler points out that public safety workers are the only IC employees with a union. The administration discouraged unionization efforts by IC professors in the late 1970s and early 1980s, and, more recently, by IC electricians three years ago. When public safety workers voted 18 to 7 in favor of joining the International Union of United Government Security Officers of America in December 2004, then-IC President Peggy R. Williams expressed her disapproval in a press release and all-college staff meeting. She called the vote “a surprise and disappointment,” even though she formerly belonged to a union.

Sgrecci said the college still upholds its status as an “employer of choice” despite its lack of support for on-campus unions. He said the administration would rather discuss grievances and negotiate with employees directly instead of complicating matters by bringing in unions as arbitrators.

“We would encourage employees not to opt to have a union,” Sgrecci said.

Zillah Eisenstein, an IC politics professor, argues that the college has not been effective in addressing employees’ concerns. She said the administration has not shown respect toward employees, citing the lack of wage increases last year, increased surveillance of workers and heavier workloads to accommodate the large freshmen class. She has heard similar complaints from secretaries and other workers—that they feel the administration does not appreciate their work or recognize their concerns.

“I cannot respect an administration that does not treat me and other workers with respect,” Eisenstein said. “And at this point, there are too many of us not feeling respected.”

Eisenstein also criticized the college for dealing with the large freshmen class by hiring adjunct professors, who do not work full time and, therefore, are not eligible for benefits, instead of hiring full-time professors. She said unionization efforts, or at least organizing in a less formal sense, might make the administration more responsive to employees’ needs.

Even so, some faculty members remain optimistic that the new administration will ameliorate the college’s reputation in terms of labor.